By: inlos
In: Fashion
With: 0 Comments

David Dobrik may be unafraid of crazy science experiments, jumping his Tesla and playing with flame throwers, but when it comes to fashion week, he’s actually pretty intimidated.

E! News took the famous YouTube vlogger to his first ever runway show as part of New York Fashion Week, where he got to experience all of the fun behind-the-scenes happenings and front-row shenanigans. First up on David’s packed schedule, was designer Cynthia Rowley’s ready-to-wear show, wear David and his assistant Natalie got to see the Fall 2020 collection. Together, the two members of the vlog squad sat in the prestigious front row section so they could truly see the collection up close and personal.

Although, perhaps it was a bit too close, since one rogue model pulled off her black designer coat only to toss it in David and Natalie’s open arms. “At one point, one of the models threw her coat on us and I just wanted to cry. I got so scared,” he laughed. “I just wanted to roll in a ball.”

His fear of the model’s coat made sense when he explained he felt like a fish out of water at the show. The 23-year-old shared, “As soon as they started walking out, my palms were immediately drenched in sweat. I don’t know why I got so nervous. It felt like I was on 30 different first dates.” 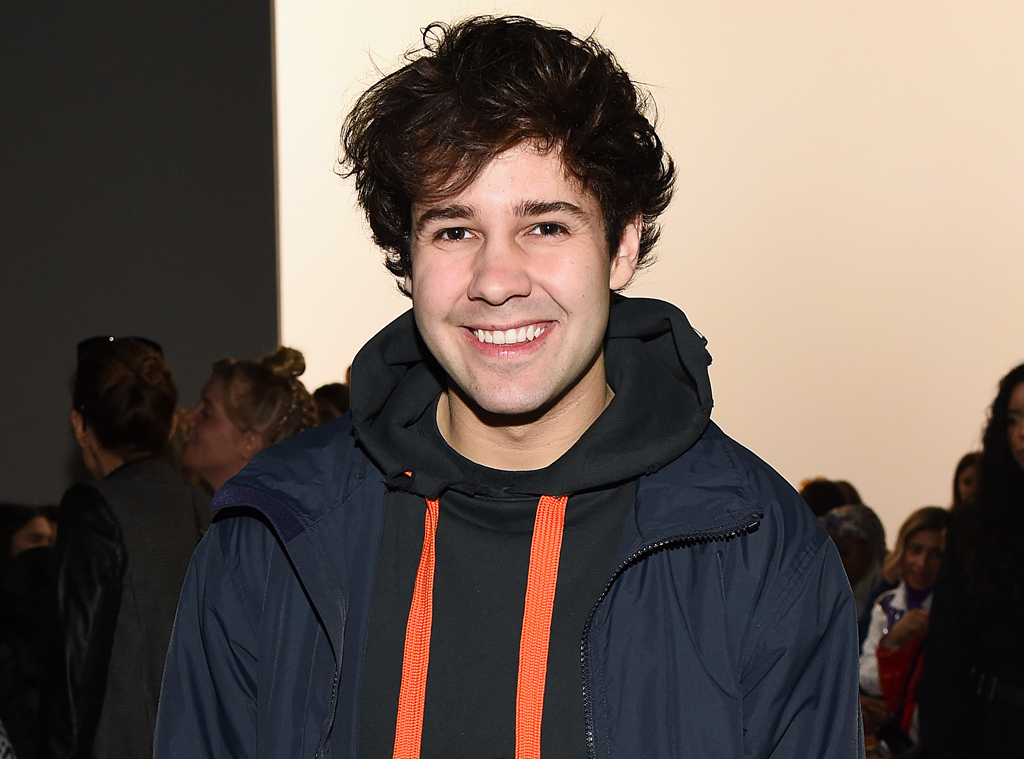 Nonetheless, Dobrik said he had a lot of fun. Plus, he learned a lot, too. For example, he learned that it’s okay to be a bit more bold with his attire. “I always get yelled at when things don’t match, but apparently that’s kind of part of fashion, having things not match.”

Once the vlogger returns to the sunny hills of Los Angeles he said he’s going to “rethink” his whole closet. So don’t be surprised to see David Dobrik walking around in something other than a black t-shirt and jeans in the coming future.

Change Location
To find awesome listings near you!